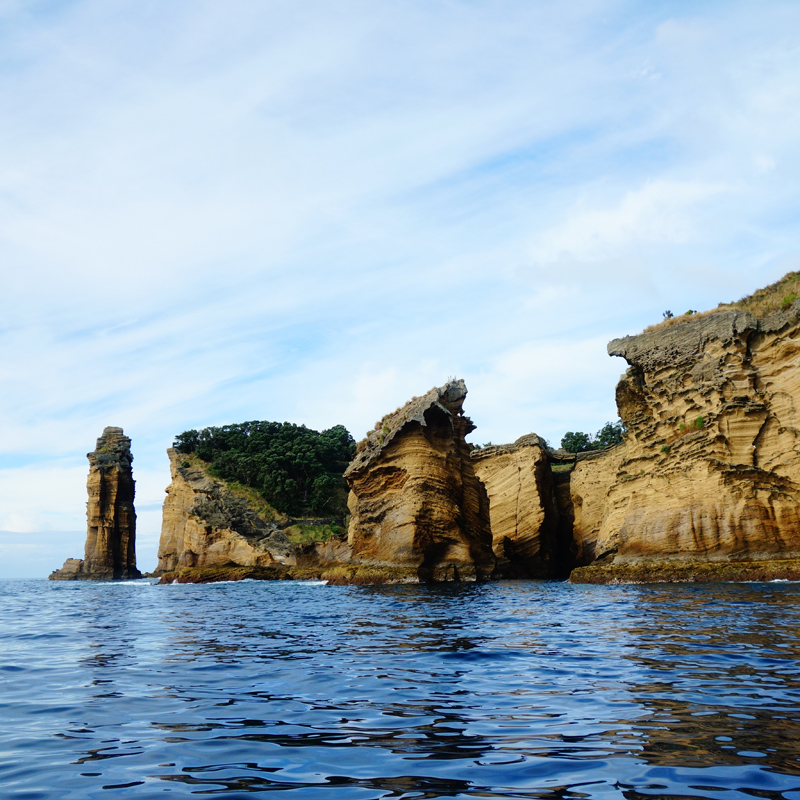 A fairly painless, four hour evening flight from humdrum Stansted finds your intrepid Clidivers for the first time ever in Ponta Delgada, the capital of Sao Miguel; itself the principal island of the Azores, an archipelago of nine islands and traditionally a stop–off situated approximately three quarters of the way into a notional voyage from New York to the West coast of Portugal. A 25-minute night drive, conducted at very high speeds along implausibly modern, largely empty roads, finds us at Vila Franco do Campo, our destination and home for the week. Our host lets us into his high-walled compound to reveal a modern structure, beamed in from the Hollywood Hills, with an ocean view and a striking swimming pool, underlit in red. 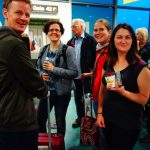 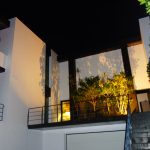 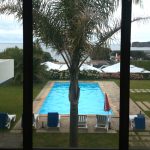 The next day we dive. Between dives we visit the town. Here, undulating rows of whitewashed housing are distinguished by their brightly painted window frames and by glazed-tile renderings of the lives of the saints. The milk gets delivered by a man with a small tank strapped to the flatbed of his Toyota HiLux and the fruit gets dispensed from the back of a green-topped truck. You can buy a Roquito pepper for thruppence. On Sunday, the citizens file into the four churches hich delimit the town square, where on weekdays they gossip on benhes, the old men tending their expanding stomachs. The young leave, fish or otherwise work with the sea or the land. The islands themselves are famous for the enormous herds of cows which are alleged to roam the mountaintops, but which I never saw the slightest trace of. The workers and the cows together produce a variety of strong, acidic cheeses, which find their way into the peppers and the various dishes prepared of an evening by our excellent team of chefs. Relating to the surrounding ocean, we found a burgeoning scene catering for eco-tourism, offering the casual visitor the chance to don a maroon life-jacket and join a whale-watching party, whilst the more committed were afforded the chance to dive various pleasant, but hardly life-changing, sites. Snorkelling and “Big game fishing” is also offered. 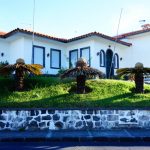 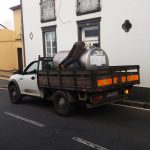 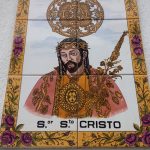 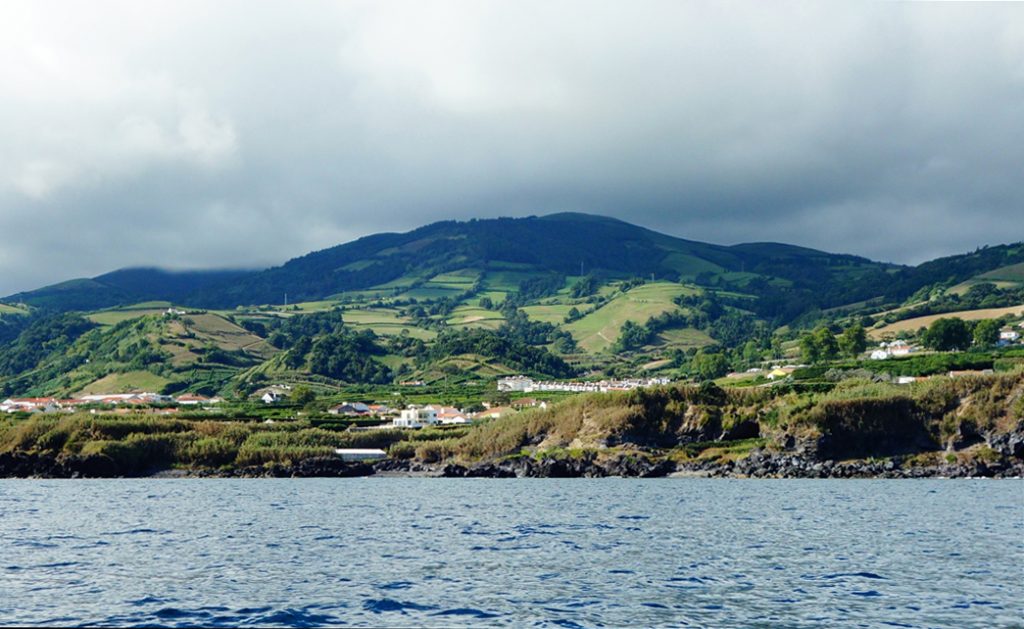 The consensus amongst locals, tourists and Clidive, is that something is happening here. Two airlines (Ryanair and TAP) have chartered direct flights to the islands during the last twelve months. A man wearing a polo shirt and drinking a latte talks with us about bringing one of a chain of Saudi-funded Irish bars to the harbourside. Hammers bang and the air is abuzz with the insistent, beeping tones of reversing construction vehicles. No fewer than four members of our trip begin actively enquiring about acquiring property in the town. Those who want to see the Azores as it always has been would be advised to visit now, as it will most likely be quite different in just a few years. Clidive members are however advised to travel through Stansted airport in buddy pairs; the departure lounge in particular exhibited quite a current, which saw one member apparently drifting off towards Shannon, until the appropriate corrective manoeuvre was administered. 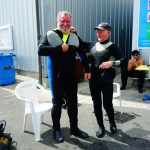 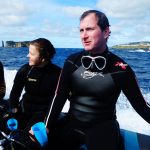 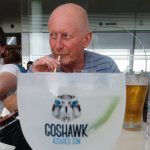 Sao Miguel and the other islands are in fact the highest tips of an enormous underwater mountain range, formed by the ongoing pile-up of the Eurasian, African and North American tectonic plates. If the Atlantic were drained of water, there would be revealed one of the tallest, most spectacular mountain ranges in the world, amazing not least because of the enormous number of shipwrecks that have occurred, over a period of 600 years of exploration, whaling and commerce, which the Portuguese inaugurated by settling here, and which would be seen to adorn the peaks like so many dulled, briny baubles. Viewed on a chart, the islands are tiny specks of blue, amid an ocean of inscrutable white. 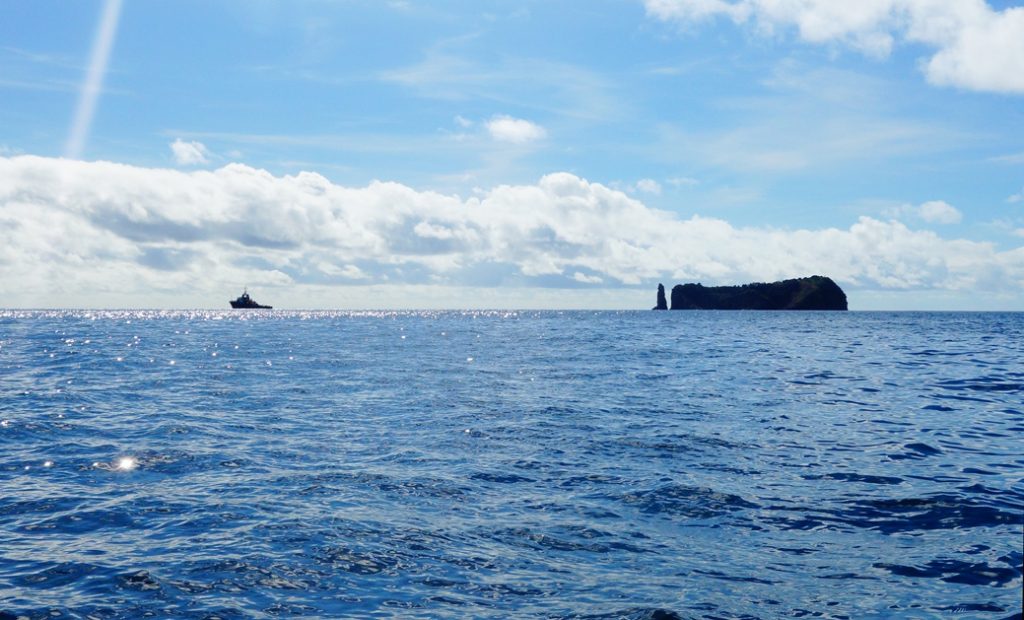 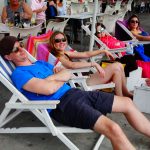 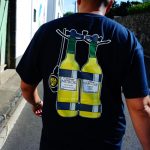 Unfortunately for us, these wrecks mostly lie at depths of hundreds of metres and are thus accessible to only a tiny minority of divers.  The one wreck which we dived was of a superannuated “Liberty Ship”; a 115 metre long, mass-produced transporter which had started life supporting the war effort and which had, by the beginning of the Seventies, ended up sleeping with the fishes, laden down with a cargo of bricks and concrete, in a suspected insurance job. This picturesque, although partly collapsed, wreck was populated with largish shoals of sardines and anchovies, smaller shoals of barracuda and the odd grouper, and had a variety of nooks and crannies to explore, along with intact winches and propeller. The group enjoyed this and the consensus was that we would have liked to dive it again. 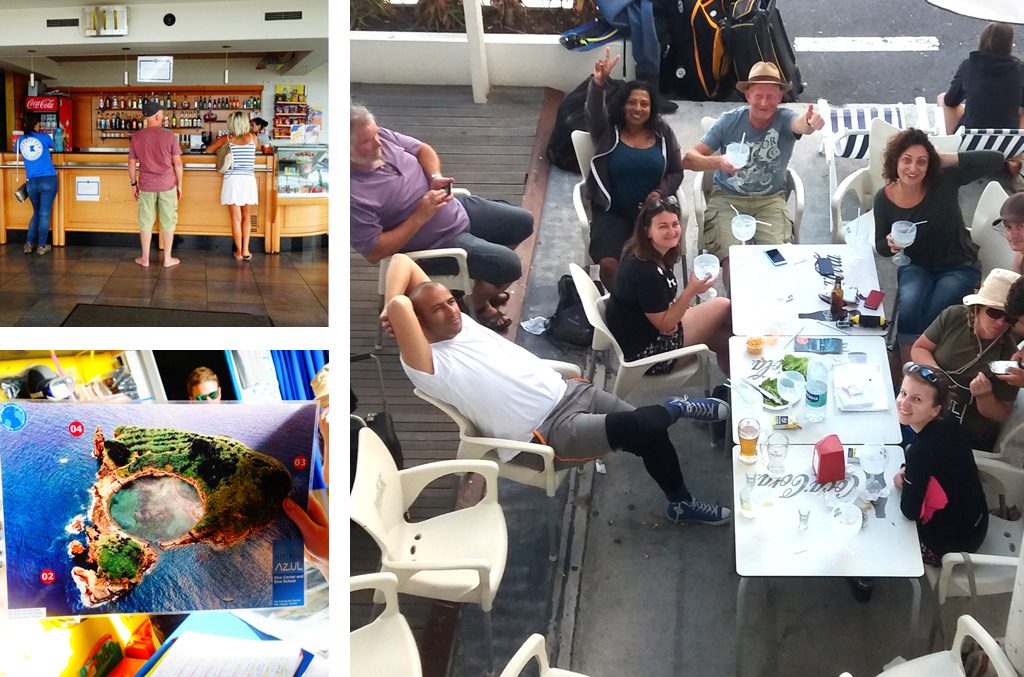 A crater-island which resembles Dr Evil’s holiday home provided the sites for many of the reef dives, and a personal highlight for me was swimming between then North tip of this island and a 70-odd-foot stone chimney used for a daredevil cliff-diving competition sponsored by Red-Bull. The photo below doesn’t really do this beautiful place justice. We had the good fortune to see a great deal of life here; resting rays, Geigeresque eels – one of whom bit an older member of our party – grinning in their crevices, enormous and obligingly serene groupers and a plethora of sea slugs, many of whom carry the Latin name “Doris”. 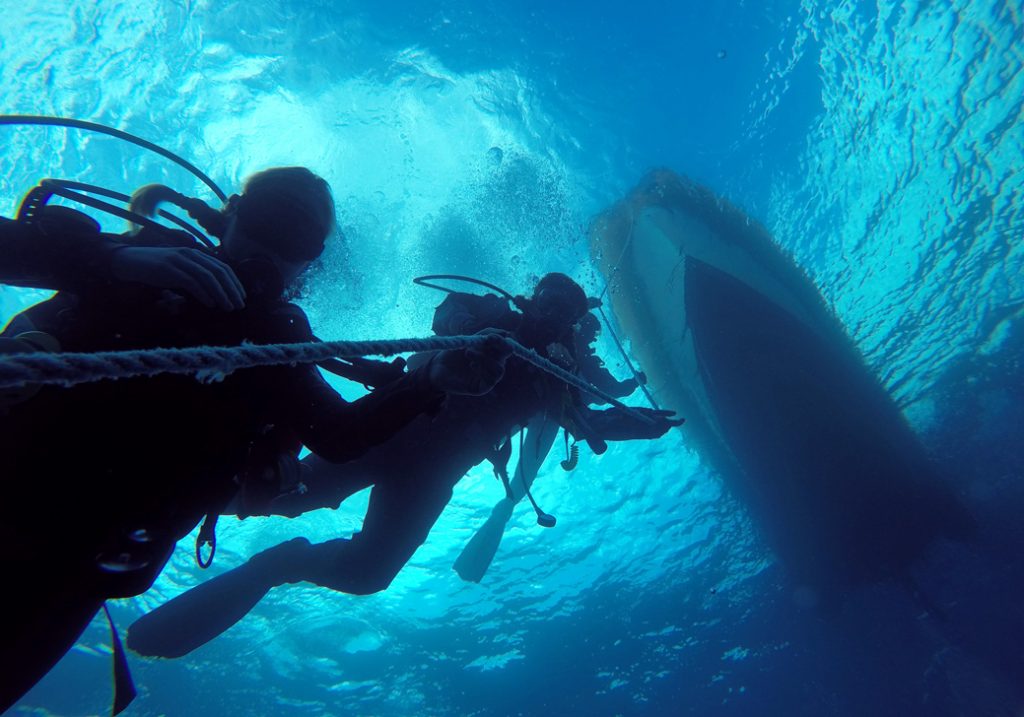 The Clidive group had a really lovely time here, under the friendly guidance of Espirito Azul dive school, who we’d recommend to visitors. Over ten dives, we got to know each other well as we shared our skills and lives with one another. The BSAC strapline, as you’ll all be well aware, is the rather anodyne sounding “Dive with friends” – and yet it really resonates and makes sense here; the demands of the day, followed by feasting and conversation in the evenings, fostered a warm sense of collegiality in our house, which was tempered by the good humour of its constituents. We won over and made a mascot of an Azorean cow-herding dog, whom we christened “Bruce” and then kept sweet with leftover steak. We danced and sang and argued and drank improvised cocktails.  On the last full day, the energetic took a tour of the island, engineered by a resourceful group member. I sat by the pool, nursing my utterly broken body, writing this trip report, while cradling a bottle of “Super Bock” and encouraged the other left-behinds in their synchronised swimming. 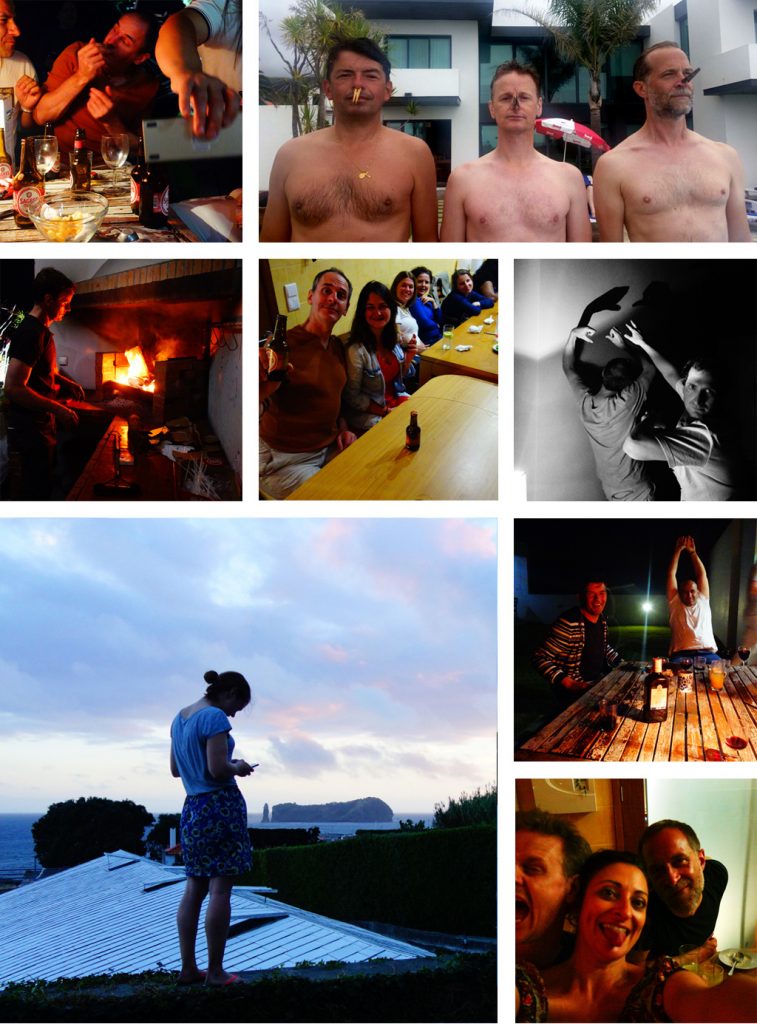 I’d like to thank Gillian “Diving” Bell for organising this unforgettable trip, along with absolutely everyone who came along; you all did a great deal to bring warmth and light the depths of the hearts of your fellow divers.