Home › News › We used to Zoom out to dive sites…

We used to Zoom out to dive sites…

By Nick Barter and Elaine Hendry

‘Zooming’ has taken on a whole new meaning in the last two months. It has been fascinating to watch videoconferencing move so quickly from the corporate world to schools, clubs and even families. And, largely, we have all adapted remarkably quickly and successfully, including sitting around chatting about diving over a drink. 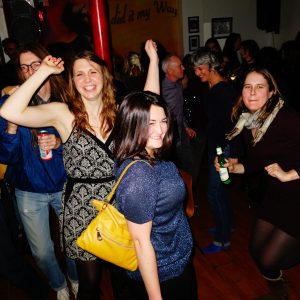 Several Clidive members had already been using Zoom extensively for work, so we were able to set up an online club night on the very first Thursday after lockdown was announced.

A new social timetable rolled into place: after allowing time for people to clap for the carers at 8pm, we move straight into a weekly presentation on a diving-related topic, which – with questions and chat – takes up the best part of an hour. After that, much like at the pub, the chat drifts into uncharted territory before people start to ‘head home’. Eventually, just a few are left with a tired host trying to call time – we know who we are.

It’s not quite the same … and yet it is. It is still our club night, with all the different characters and voices that make the club. The best thing is, people can join us who we rarely get to see or haven’t seen for years!

A busy dive site car park in the Lake District

We have had some great talks, with up to 50 people watching online each night.

Dave Lock of Ipswich-based iDive – a good friend of Clidive – got the ball rolling with tales of diving the wrecks of his home surf [see what we did there?!] on the east coast. Next up, Nick Barter shared his in-depth research into a wreck near Dover, revealing a fascinating story linking the lives of an early salvage diver from Whitstable and a pioneer in the Canadian gold rush. 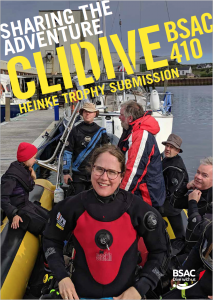 Nick Harrison presented on two club trips to the Lake District and the notorious Hodge Close Quarry, which he hopes will run again later this year. Gillian Bell recalled learning to dive in Lake Malawi and dealing with snail fever (yes, apparently it’s a thing). And Nick B took another turn to present to members the Heinke Trophy submission he was on the point of sending to BSAC, covering our amazingly successful 50th anniversary year.

Last Thursday, Clidive Chair Neil Rickards discussed the Scillies expedition he and Lucy organised a few years ago. We were due to go back to the Scillies this June for two weeks of expedition diving, but that will now have to be postponed – like so many of our plans – until next year.

Next up, we have Diver of the Year Eleanor Partridge talking about some of the spectacular marine life that used to be seen around the British Isles – a welcome dose of ‘squidge’ to balance out the wrecky talks on ‘spidge’. 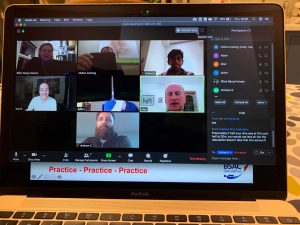 We also quickly decided to move some of our training online. We started cautiously, subscribing to Zoom for a month so that we could finish off the Sports Diver lectures that were running when lockdown hit.

From those, we developed some guidance for ourselves on how to conduct lectures online. New visual aids were the first requirement, as sharing them on a screen highlighted more than ever the need for short bullet points, effective use of ‘animation’ and, wherever possible, pictures or videos rather than text. Splitting modules into shorter sessions helped overcome the screen fatigue that quickly sets in.

Having seen what worked, we realised we could run a number of the Dive Leader lectures we had tentatively planned for later in the year, subject to demand. Interestingly, the promise of a break from lockdown boredom and the ease of attending an online session from home resulted in more sign-ups than we expected. We quickly mastered the use of breakout rooms so that we could make sessions as interactive as possible, as people seem more reluctant to share and discuss online than they are face-to-face.

Hopefully lockdown will be eased enough for us to be able to teach the ‘hands-on’ O2 Administration and chartwork parts of the course relatively soon, not to mention the in-water elements.

We have also signed up for a couple of months to the online assessment programme Classmarker, so that members can take any outstanding theory exams. Several of the recent Sports Divers and last year’s Dive Leader trainees have already taken up the offer. 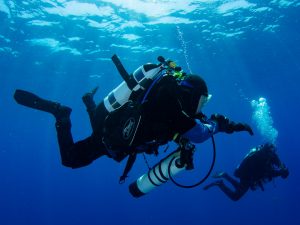 The bit of ADP we can’t do yet…

We purposely kept Dive Leader as a Clidive-only course, as we wanted to create a feeling of belonging as well as to keep training going. But we have also used online training to continue to build connections with other clubs. Clidive instructor and recently retired London region coach Gillian Bell has been running an Accelerated Decompression Procedures (ADP) course with Nick B for members of both Clidive and Ariel SAC.

We got to know London-based Ariel during the BSAC Normandy 75 expedition in July last year, and Gillian has helped them out a couple of times since. We had even been about to host their try-dive evening at one of our pool sessions when lockdown started. Running the joint ADP was an obvious step. 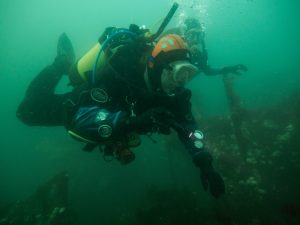 A typical club dive on the Scylla

People are asking how much our lives will have changed for good following Covid-19, for example by making working from home more accessible for those who want it. The use of online tools to learn and socialise has become second nature to many of us in an astonishingly short timeframe, and may well become a permanent feature of the way Clidive and other clubs operate.

But with BSAC now supporting limited shore-diving in England and Northern Ireland (within national restrictions, of course), we are all inevitably thinking about how we can jump back into our nearest inviting stretch of water and experience once again the joy of diving.

Thankfully, some things never will change. 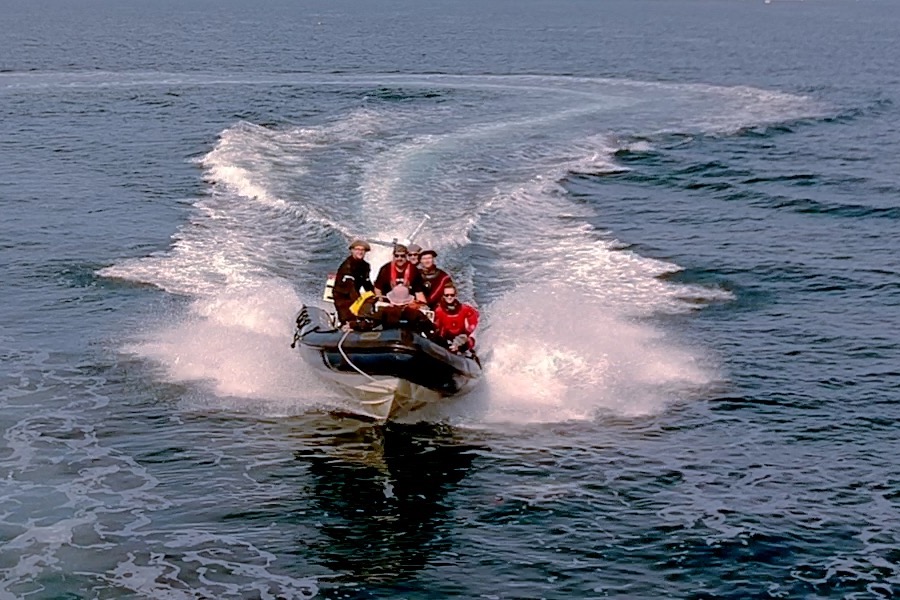 Posted in News
In Archive