This afternoon, Ben persuaded everyone that it would be a good idea to drive ten miles to Out Stack because the promised northerly force 5 had failed to appear. Needless to say, by the time we arrived, that northerly breeze had appeared. We took some photos of Out Stack looking wild and moody, then got the hell out of there before being dashed on the rocks.

We dived the E-49 just outside of Baltasound instead. This is a British submarine war grave slowly sinking into the white sand in 34m. From 12 metres, the whole wreck is visible in the 20m visibility, inclding the complete conning tower and periscope. You can see the whole wreck from one end to another. It is covered in clouds of tiny fish. If you ignore the water temperature, it’s like diving in the Med. 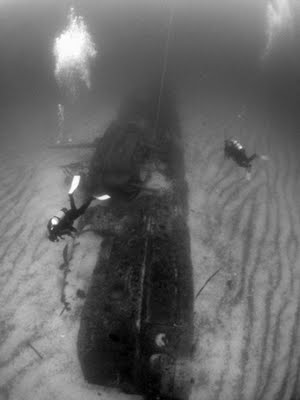 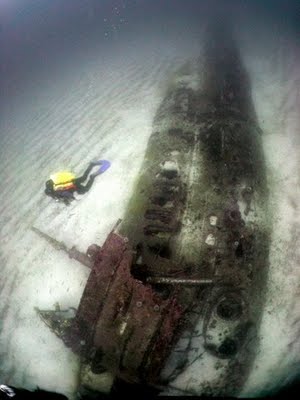 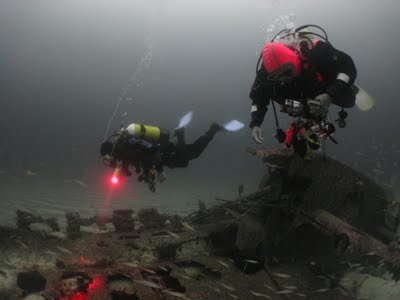 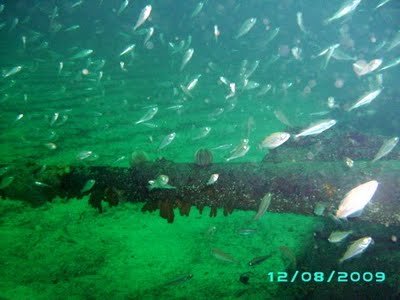 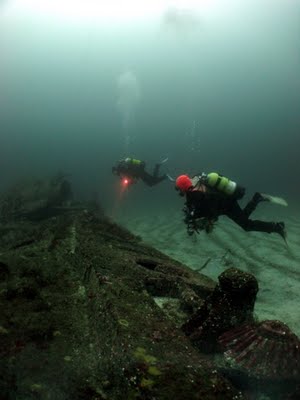