The sun was shining as we kitted up this morning in the car park in Castletown.  Unfortunately we had failed to appease the wind god and as we left the harbour the waves got higher and higher.  The plan was to to find a wreck called “The British Inventor” half an hour or so out, which we found.  Unfortunately this was to be a drift dive and the sea state was too rough for it.  We were considering continuing on to Lulworth Banks, but we decided that we’d be better off turning back and doing something closer to home.  We ended up on the torpedo range – this is the place that fired the torpedoes we saw yesterday.  We had a really nice dive, looking at the big boulders of the harbour wall and the structures under the buildings.  There were many fish, striped sea bass, a small spotted cat shark, tonnes of bib, a flat fish and some others. 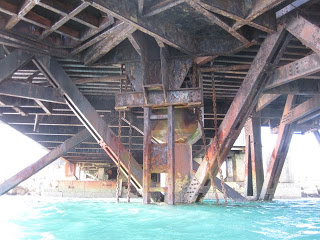 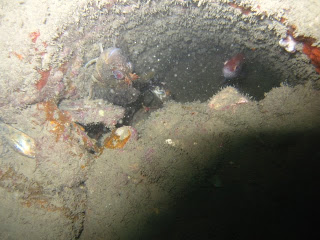 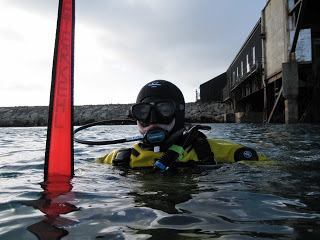 After a restful lunch in the sun we headed out to dive the Spaniard.  This wreck had crashed into the harbour wall and in the conditions we were diving in, Clidive Yellow was at risk of doing the same.  Luckily we had Stefano driving so we were in safe hands.  On the wreck we saw lobsters, a john dory and a few others.  The wreck itself was open and
still fairly boat shaped, although the vis was a bit low. 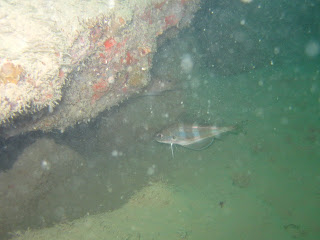 So we headed back in and put the boats to bed, probably for the last time this year.  It’s been a good weekend to round the year off.  Yes, the weather has been a bit rough, but we’ve made the most  of it and had four really nice dives.  Many thanks to Matt and Flic for organising it and Warwick and Stefano for looking after the boats.