Opening the dive season with three days in Plymouth was an excellent idea. Strong southerlies gusting to force 8 on Sunday meant we dived just two days but the conditions meant we got the extra special treat of diving The Fort three times! Exactly why we go to Plymouth: whatever the weather we should get some dives in, somewhere! Well it worked.

Highlights of this trip were the excellent company, tasty evening food and all the little gems of life that were waiting for us under water on every single dive. We saw huge crabs running into the dark at Firestone Bay, coloured jewel anemones colonising sheet metal lying just off the Fort, lazy congers sitting in the shadows, a gannet far from home, fields of corals and a magnificent Ballan Wrasse along, other super-sized fish friends and among the muddy bottom a glowing black headed blenny just hanging out.

On Day One we had ropes off at 7:30 to catch a window of low swell and try the JEL. No luck there or elsewhere and so to The Fort for dive one. Yellow travelled well over the water and sprits on the boat were high despite the grey sky and drizzle. Second dive was on The Fort and the third at Barn Pool. 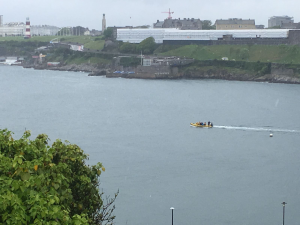 Day Two we had ropes off at 8:00 and headed to Firestone Bay. This was my favourite dive of the weekend. The number of jewel anemones was remarkable. As we moved along the wall seeking neon jewel after neon jewel the water was dark and dusky behind us. The atmosphere felt as though we were somewhere secret – albeit not a stone’s throw from the shore with steps into the water for swimmers. There was just one other dive boat out that weekend and it was as peaceful on the surface as under the water. 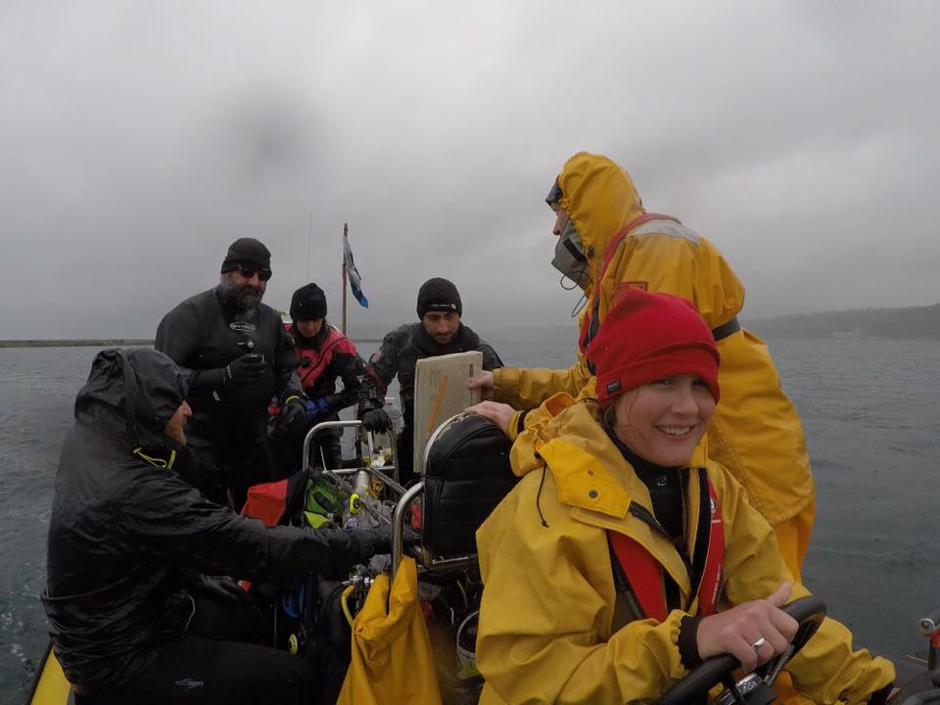 Final dive of the trip was on The Fort. The wind was stirring and we needed to get Yellow out of the water. Diving was called for the weekend. Some went home that day happy for an extra bank holiday day and others headed off early on the Monday, others still found other delights in the much-recommended Plymouth Aquarium!
Personally, this was my first UK diving in all my own kit, after the work of finding a drysuit ready and willing to take care of me. It was a triumphant joy to dive with so much comfort and warmth. Thank you so much to Eleanor for arranging, Dave and Steve for taking good care of us in the boat and everyone for all the cheer.